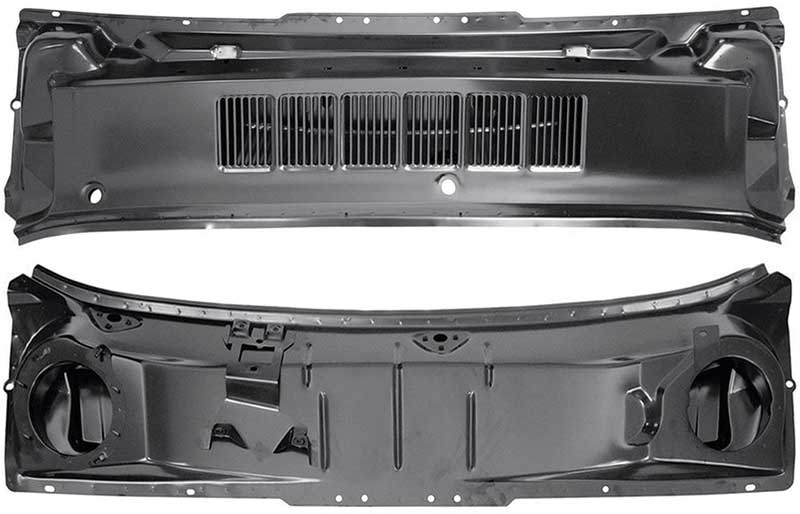 The cowl grill panel assembly is a very common place for rust to form on 1964-66 Mustangs. Produced in heavy gauge stamped steel construction with windshield molding pins in the proper locations. Each assembly includes both the upper and lower panels This all new quality reproduction cowl grille panel assembly has been manufactured for the 1964-to-early 1965 Mustangs. Will also fit the late 1965-to-66 model, but is slightly different where the wiper arms fit through the cowl, requiring minor modification to fit these later 1965-to-66 models.