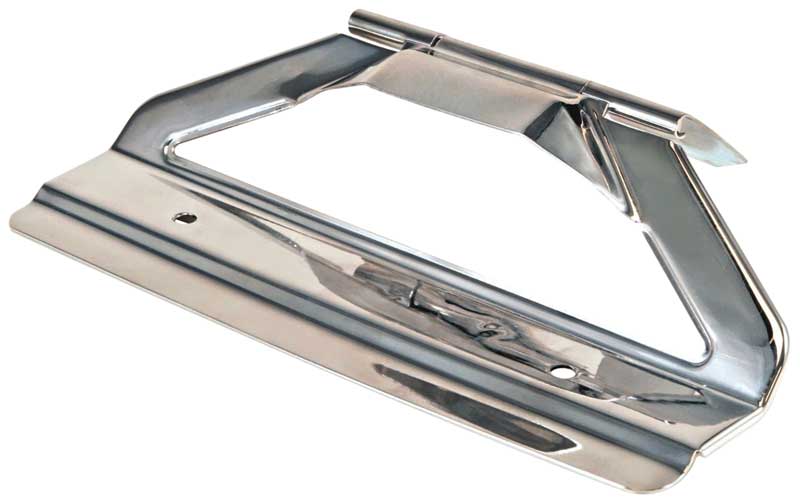 Reproduction stamped stainless steel license plate bracket for 1966-77 Bronco models. These brackets often get bent or lost over time. Bracket attaches on the lefthand side of the vehicle in the recessed area of the tailgate. The license plate bolts to the bottom portion of this bracket.