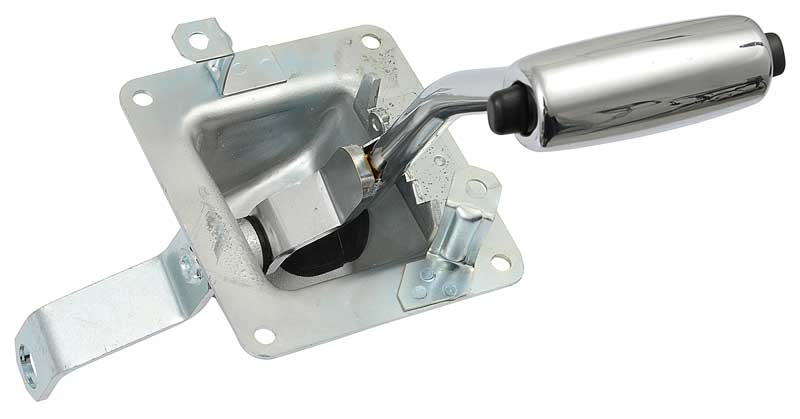 Reproduction of the original Shifter Assembly for use with 1967-68 Mustang and Cougar models equipped with and automatic transmission and factory floor console. Each Shifter Assembly is constructed in stamped steel with quality chrome plating on the lever and handle just like the factory original. Made to OE specifications, this shifter assembly is a direct-fit for bolt-on installation.