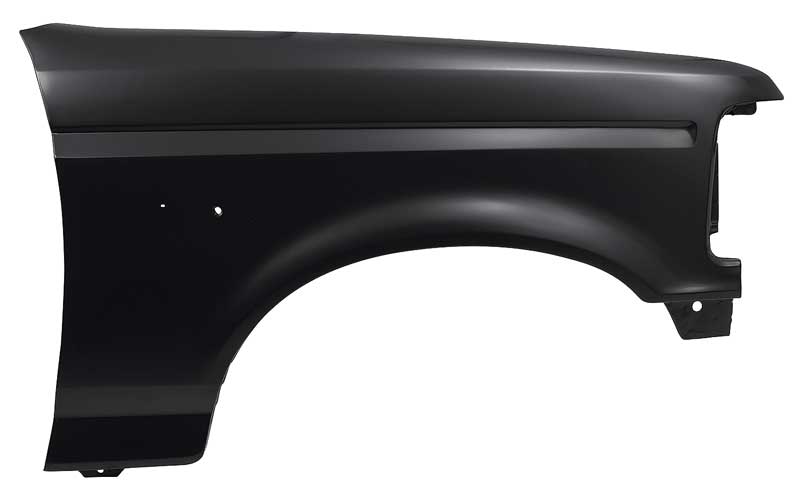 Freight (Orders from this vendor ship in 3-5 business days)

Reproduction of the original front fender designed for use with 1991-96 Ford F150, F250, F350, and Bronco models. Each front fender is manufactured in stamped steel to original factory specifications featuring correct contours for an authentic appearance and fit. Comes with a black EDP coating for rust and corrosion prevention. For use on RH passenger side