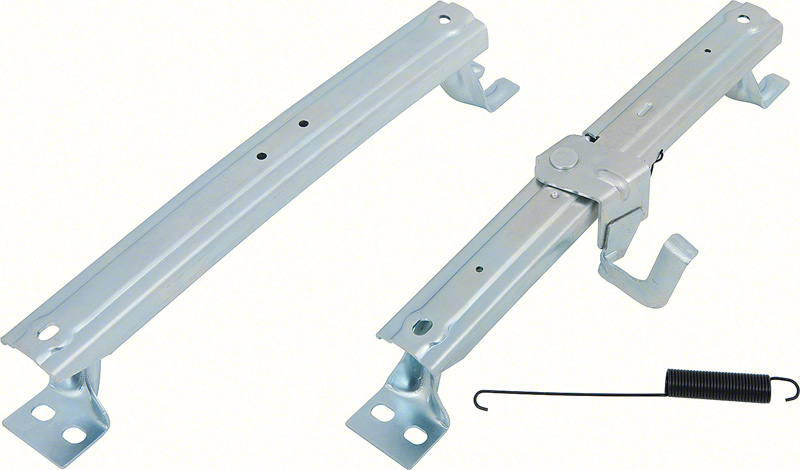 Reproduction of the original style seat adjustment track assembly designed for use with 1966-67 Chevy II and Nova models. Each track is manufactured to replicate the original in design, appearance and functionality. Includes the tension spring and adjusting lever for functionality. Will replace the old or worn out original track exactly. Includes the seat tracks, spring and adjustment bar for slider. 13″ center to center-seat adjuster bolt holes.