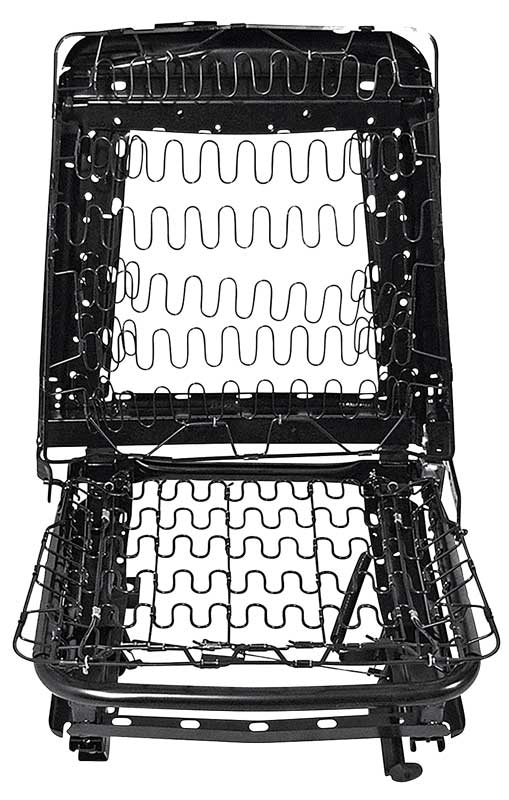 Reproduction of the original seat frame assembly designed for use with 1966-77 Ford Bronco models. Each seat assembly is manufactured in quality stamped steel to original factory specifications that replicates the original in design, appearance, and fitment. This all-steel seat frame comes fully assembled and ready to add seat foam and upholstery. Includes are the seat back, seat bottom, seat spring assemblies, seat frame, and seat track. For use on RH passenger side.