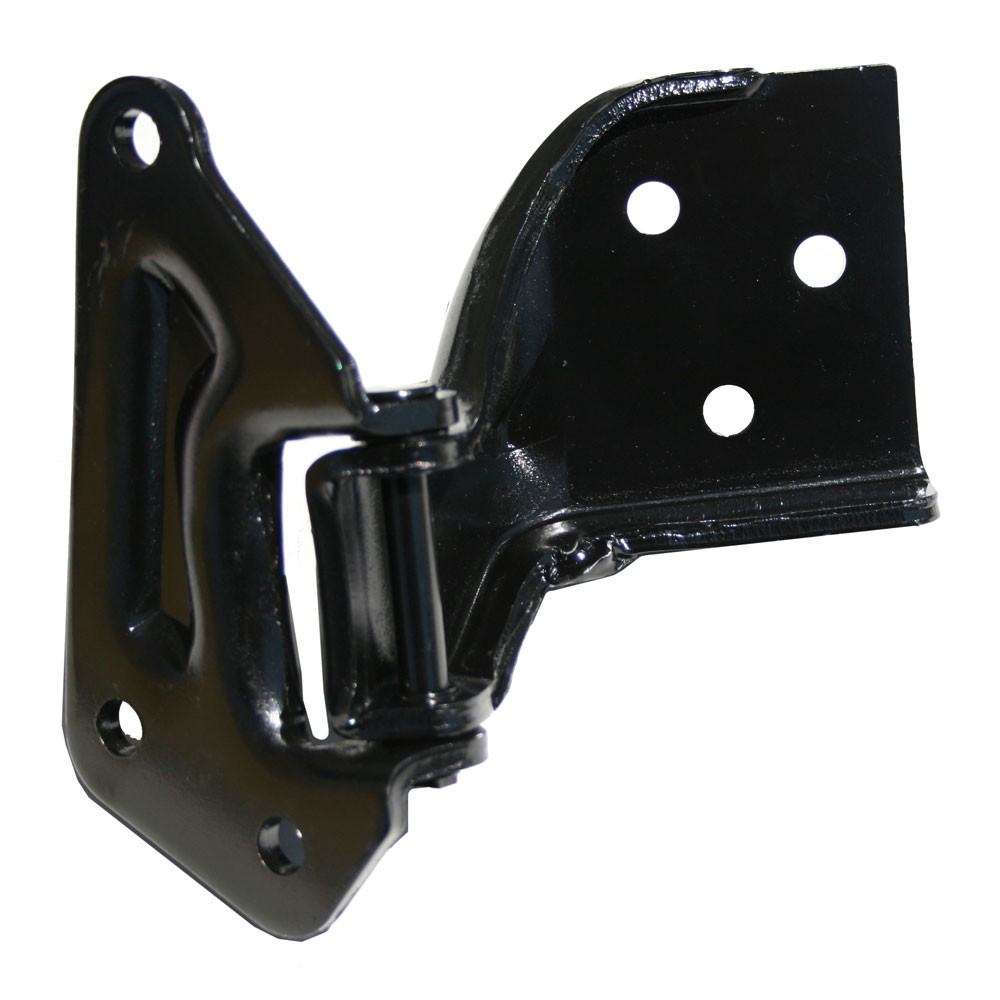 Reproduction of the original passenger side upper door hinge designed to replace the original for 1967-68 Mustang and Cougar models. After years of continuous use, your doors can begin to have problems associated with sagging. Replacing the door hinges will allow your doors to operate correctly and stay in place when opened or closed. Manufactured in stamped steel offering an original quality and appearance. For use on passenger side (RH). See part number 22800DR for drivers side (LH) door hinge.

Early 1967 Mustangs were originally equipped with cast-iron door hinges from the factory. Later in the year, the cast-iron hinge was replaced with a heavy stamped steel version hinge that can be used to replace early 1967 door hinges. This is the late 1967 to 1968 stamped style hinge.