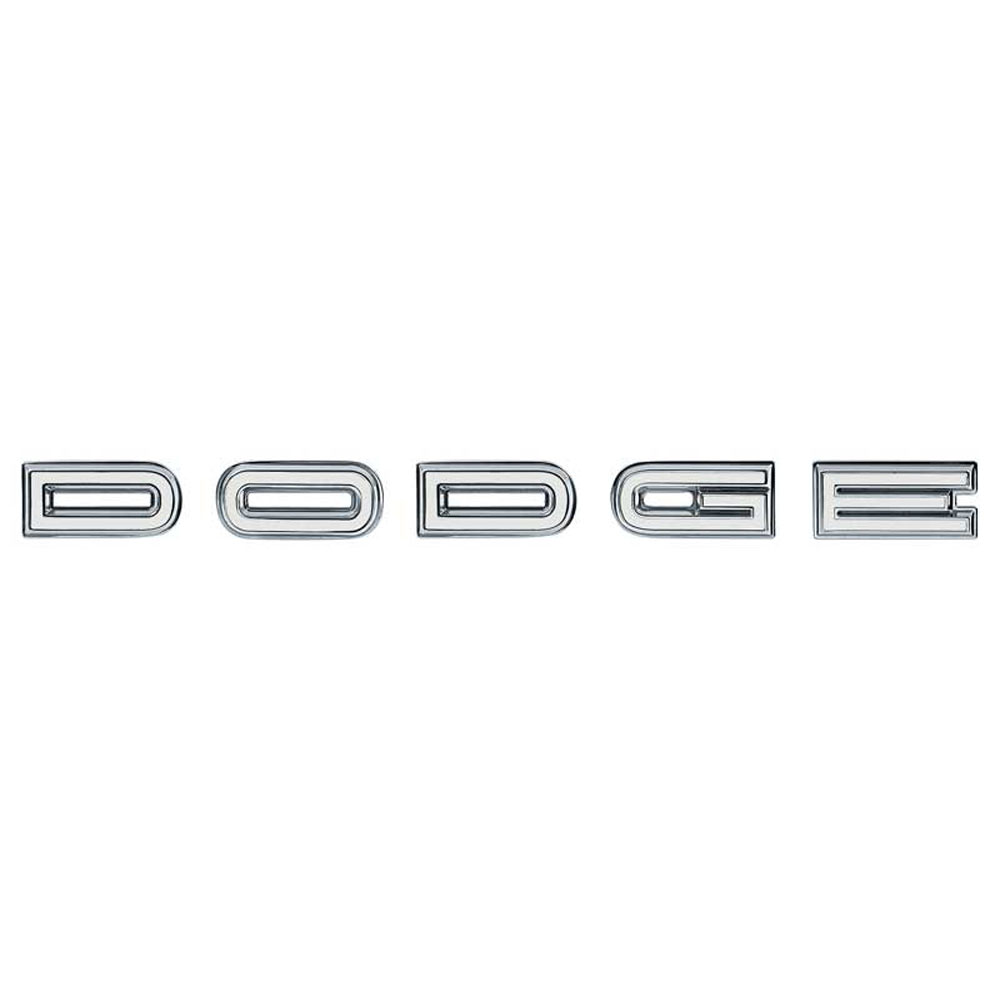 Orders from this vendor ship in 1-2 business days

OER reproduction of the original “D-O-D-G-E” emblem letters designed for use with all 1968 Dodge Coronet models except wagon. Each reproduction letter is manufactured in quality die-cast zinc replicating the original in design, appearance, and fitment. Includes exact reproduction of each chrome letter painted in the correct color. Each individual emblem includes correct Mopar markings on the back of the emblem for complete authenticity. Includes mounting hardware.